Why is leakage current important?

This post analyzes the origin, the importance of monitoring leakage currents, their detection through the use of the current-to-ground leak detection clamp. 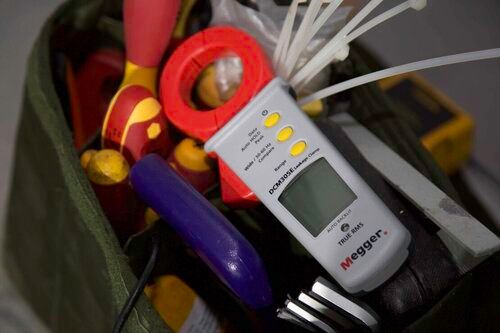 What are leakage currents in electrical installations?

How do leakage currents occur?

There are two types of leakage current: AC leakage and DC leakage:

Leakage caused by DC resistance is usually negligible compared to the AC impedance of several parallel capacitances. Capacitance can be intentional (as in electromagnetic interference filter capacitors) or unintentional. Examples of unintentional capacitances include spacings on printed wiring plates, insulation between semiconductors and ground heat sinks, and primary to secondary capacitance of insulation transformers within the power supply.

Where do we find current leaks regularly?

In the day to day we will find that its most usual origin is mainly in the insulation at the electrical level, being the isolation normally high in terms of resistance, this can be affected by damage or by the result of aging. Due to a lower resistance, certain leakage currents can flow, significantly in addition to those longer conductors have a higher capacitance, causing more leakage current.

Another common cause of the appearance of leakage currents is the increase of those electronic equipment that incorporate certain filters of surges or against electrical disturbances, which incorporate certain currents to the installation due to the capacitors at the input adding more capacitance to the entire wiring system and current leaks globally. Due to the increase and its cumulative effect of leakage currents of each of these electronic devices in our homes, it can occur that a leakage current can reach the order of milliamps. This factor in an electrical installation protected by a differential switch (DDR) could consequently trigger the protection at certain times.

Why is it important to monitor leakage currents?

In an electrical installation it usually includes a grounding system to provide protection against a danger of contact with parts in tension if there is a lack of insulation. The grounding system usually consists of a grounding conductor that joins the equipment to the protective (ground) conductor. If there is a catastrophic failure of the insulation between the voltage line (supply) and the accessible conductive parts, the voltage is drifted to the ground. The resulting current flow will cause a DDR differential switch to jump, and can prevent a risk of contact. Obviously, there is a possible risk of contact if the grounding is interrupted, either intentionally or accidentally. The risk of contact may be greater than assumed due to leakage currents. Even if there is no insulation failure, interrupting the leakage currents flowing through the ground conductor could pose a shock hazard to someone touching the unsailed and grounded equipment (or other grounded equipment) at the same time. This possibility is of much more concern in medical applications, where a patient may be the recipient of the shock. A fatal shock could result if the patient is in a weakened or unconscious condition, or if the output current is applied to the internal organs through patient contacts. The double insulation provided in non-grounded equipment provides protection by using two separate layers of insulation. Protection in this case is guaranteed because both layers of insulation are unlikely to fail. However, conditions that produce leakage currents are still present, and must be considered.

How to eliminate or minimize the effects of leakage currents?

What is a leak detection clamp and what is it for?

This element has a similar appearance to an amperimetric clamp however it differs from this in that it is able to accurately measure small currents of the order of 5mA, as in the case of the MEGGER DCM305E  capable of detecting up to a minimum resolution of 0.001mA in the range of 6mA, necessary to determine the existence of leakage currents. This quality distinguishes it from the leak current clamp of amperimetric tweezers since the latter are not able to record such small currents.

Use of leak tweezers?

Active conductors: The leak clamp is placed over the grip around the active conductors (phase/s + neutral). The charge currents of the conductors induce certain magnetic fields that cancel each other out, however, any imbalance or difference in current is a consequence of the leaks that occur by the conductors to the ground or other alternative paths. To measure this current, a leak detection clamp with the capacity to measure currents of less than 0.1 mA will be necessary 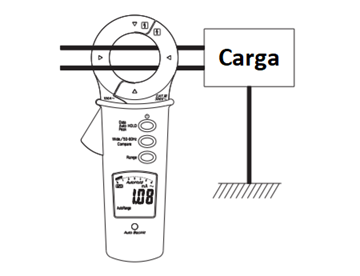 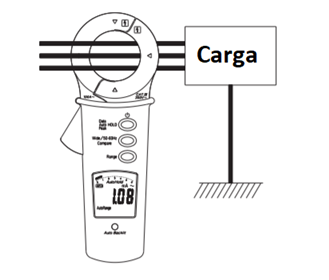 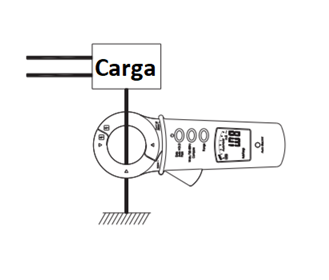